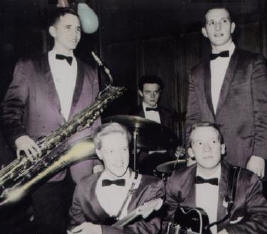 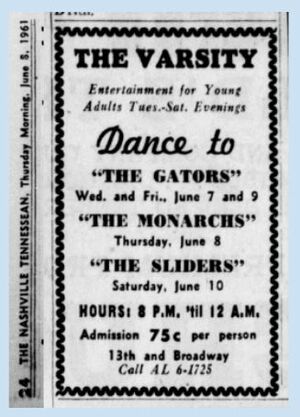 They first got together in September of 1957 playing dances at what was then the Madison Fire Hall. John Sturdivant on baritone sax, John Richards on Tenor sax, Ernie Winfrey on drums, and Donny Green on guitar. We picked up Willow Collins on guitar and Hershel Hopper on electric bass, piano and drums. Hershel was a versatile guy. The five of them played University of Alabama, Auburn, Georgia Tech, U.T. and Vanderbilt frats as well as other college and high school frats and sororities throughout the south on a weekly basis for the busiest part of four years.

The Monarchs opened shows for Johnny Cash (before he was country) Brenda Lee and Al Green. Hargis (Pig) Robins played piano on a lot of local gigs but could not travel with them due to the session obligations he had at the time. In between jobs they played sessions for Revis Studios on lower Second Avenue.

In an article by Jonathan Marx: Another local hotshot Pat Patrick remembers Willow Collins, who played guitar for The Monarchs. “He just played what he wanted to play,” says Patrick, who believes Collins could have been a rock innovator. “But he went and switched over to country, started playing banjo and forgot the guitar.” Willow Collins later joined The Greenwoods, whose 1964 album "Folk Instrumentals" released on the Decca label was the first album recorded at Cinderella Studios. The Greenwoods included Charlie McCoy, Wayne Moss, Quitman Dennis (on bass), and Mac Gayden, as well as the multi-instrumentalist Willow Collins, primarily on banjo. 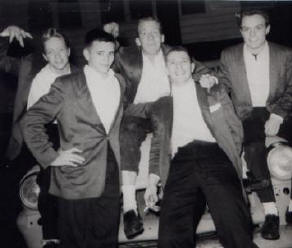 John Sturdivant would later join Charlie McCoy & the Escorts, where he would also serve occasionally as emcee and promoter, on top of his sax duty. Sturdivant departed the Escorts in 1963, and two years later he opened the first Nashville office of the music trade magazine Record World. He would later become the editor of the Music City News.

Retrieved from "https://nashvilleunderground.mywikis.wiki/w/index.php?title=The_Monarchs&oldid=5852"
Cookies help us deliver our services. By using our services, you agree to our use of cookies.